“Disclaimer: I received entry to The Running Event as part of being a BibRave Pro. Learn more about becoming a BibRave Pro (ambassador), and check out BibRave.com to review find and write race reviews!”

My previous post was about my weekend, as a whole, in Austin Texas but I wanted to do a post that talked about The Running Event(TRE) specifically. This day was so special, it even got its own title “TRE Influencers Day”. This was the first year anyone outside of product & brand representatives were allowed to attend TRE, and Bibrave Pros were honored to be the trailblazers. 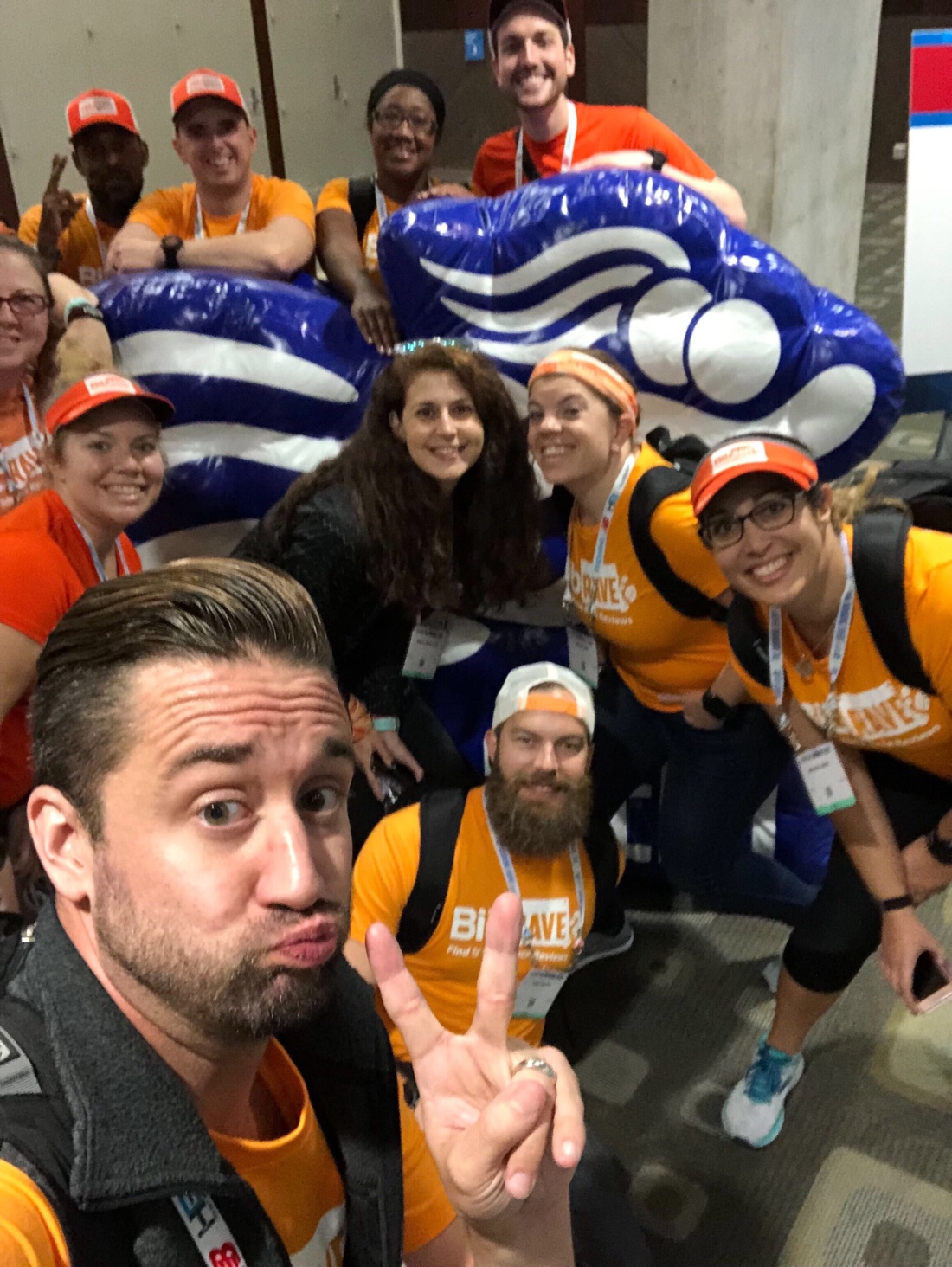 The Bibrave Pros were required to meet at 8:15-8:28(depending on who you ask J ), and we would be on a very strict schedule. Upon meeting we were split into 2 different groups of 10 so that we wouldn’t all be overwhelming the same booths as the same time. After splitting up, we snapped a quick pic before heading into the “running land of awesomeness”.

First up was the product brand Arcanum. I admit I had never heard of the company, but they utilize activated hemp to assist in performance and recovery. I know what you might be thinking, but it is clinically tested and you won’t test positive if you took a drug test. J I know the saying goes, “save the best for last”, but I feel like the representative for Arcanum was probably the best of the day. She was not only extremely knowledgeable about the products, but she was able to convey all the benefits without it feeling like she was selling. She also demonstrated one of the products, The Quill, before thoroughly answering all our questions. Stay tuned for future blog when I review the Arcanum products we were given. 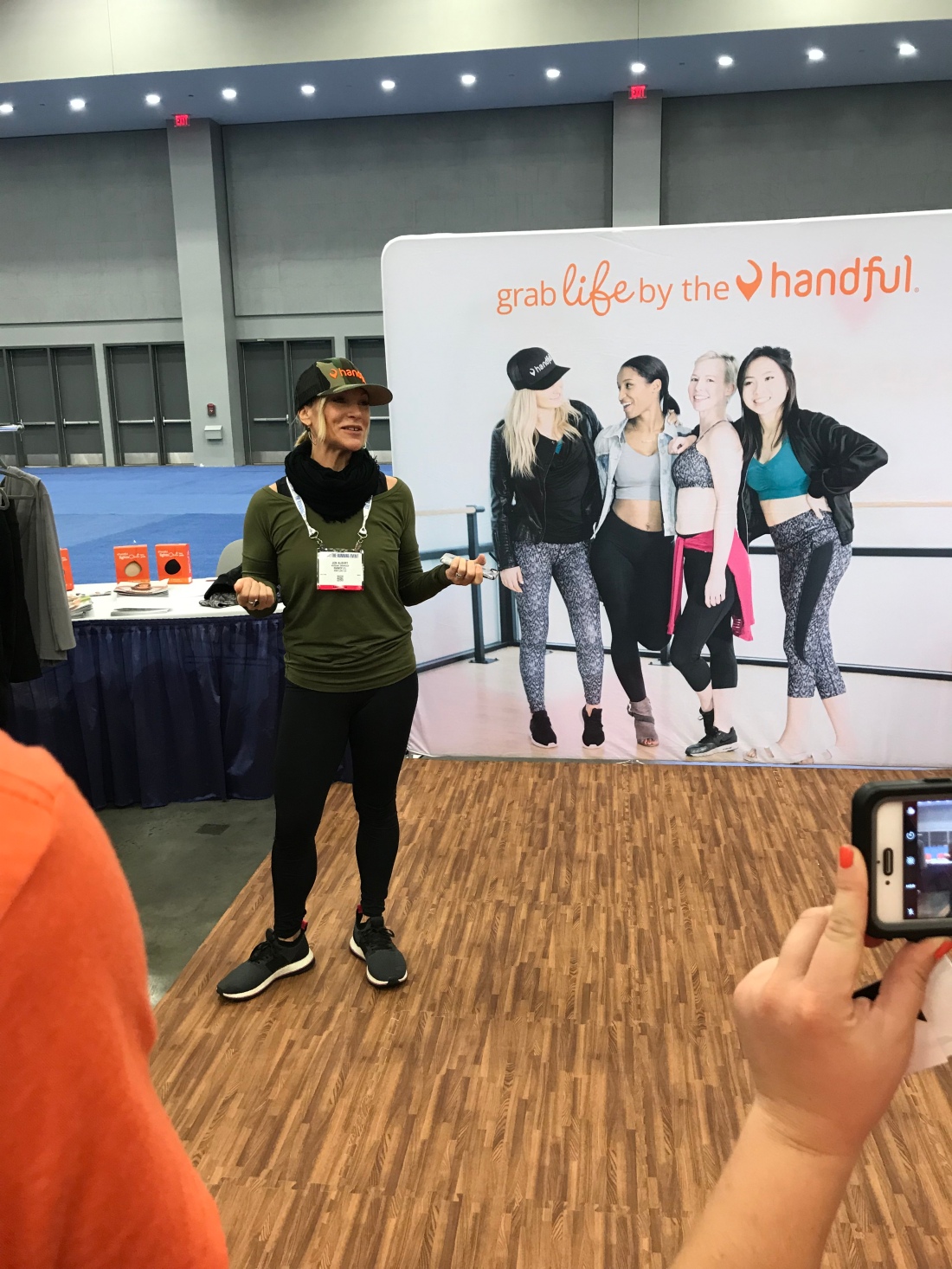 Next brand up was Handful. Handful makes sports bras and clothing for the ladies, so nothing for the fellas to test out. The owner was on-hand but apparently lost her voice at some point, so her best friend was doing the talking for her. It was amazing to hear about how she just could never find the right bra, and within a few weeks had already created her first prototype. The lady Pros all had great things to say about the clothing, a lot of them were even wearing them. Bibrave co-founder, Jessica gave a testimonial that Handful bras are the only type of bra she wears now. The owner was even nice enough to demonstrate their newest product, “Flippin Awesome Scoop Tank”. It is a reversible top that can show scoop in front or show off your back. We were told a great story about how Handful began work with The Scar Project, collection of breast cancer survivors showing off their scars and how Handful bras how helped women’s self esteem.

We visited the booth for Vuori clothing next. This was another brand that I had not previously heard about. Vuori means mountain and the representative explained how the brand was born on the west coast in California. The began as men clothing line but has since began making women’s clothing as well. The shorts and pants feel AMAZING, and I can’t wait to post my view about the shorts we received in our bag. 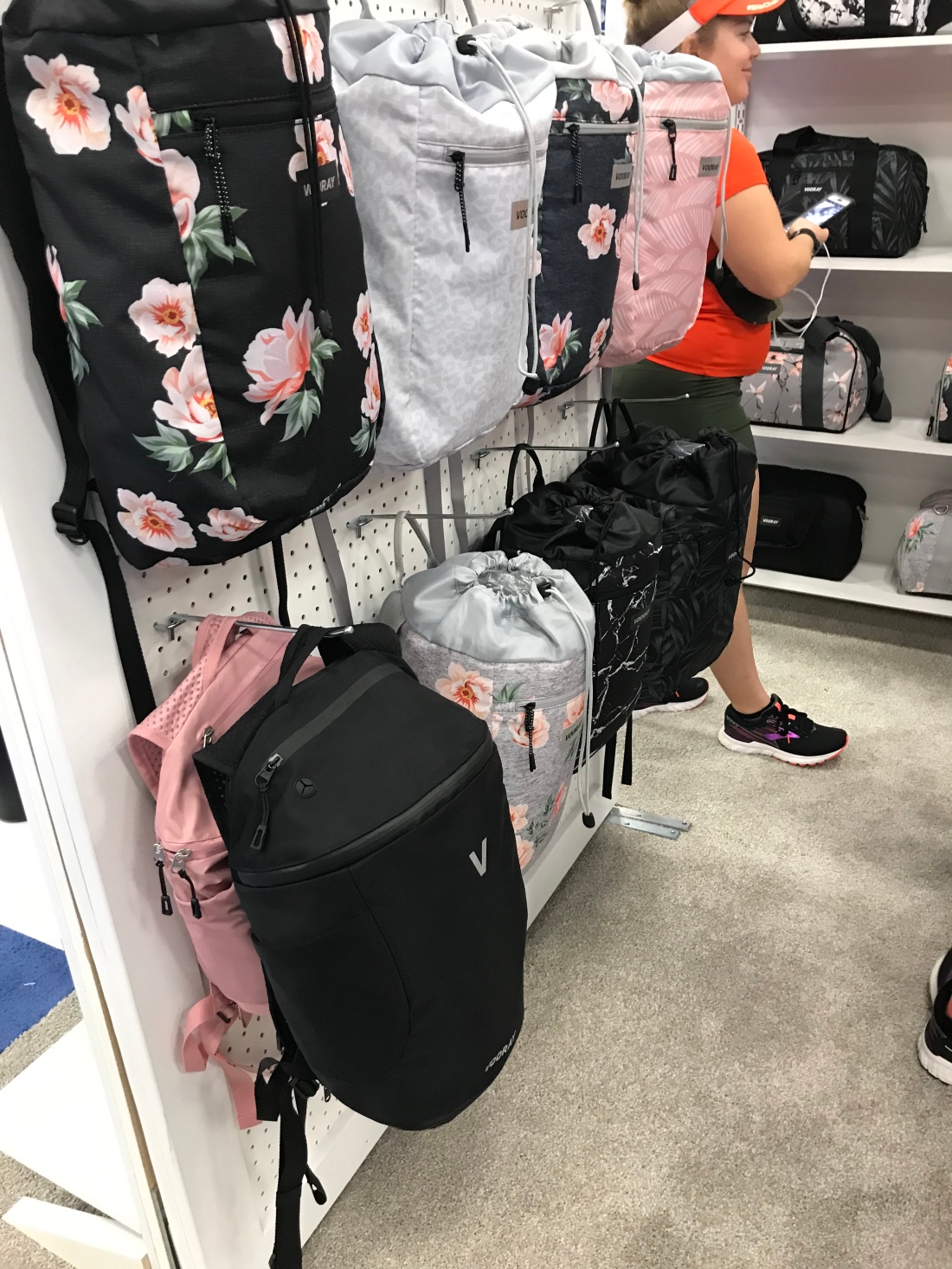 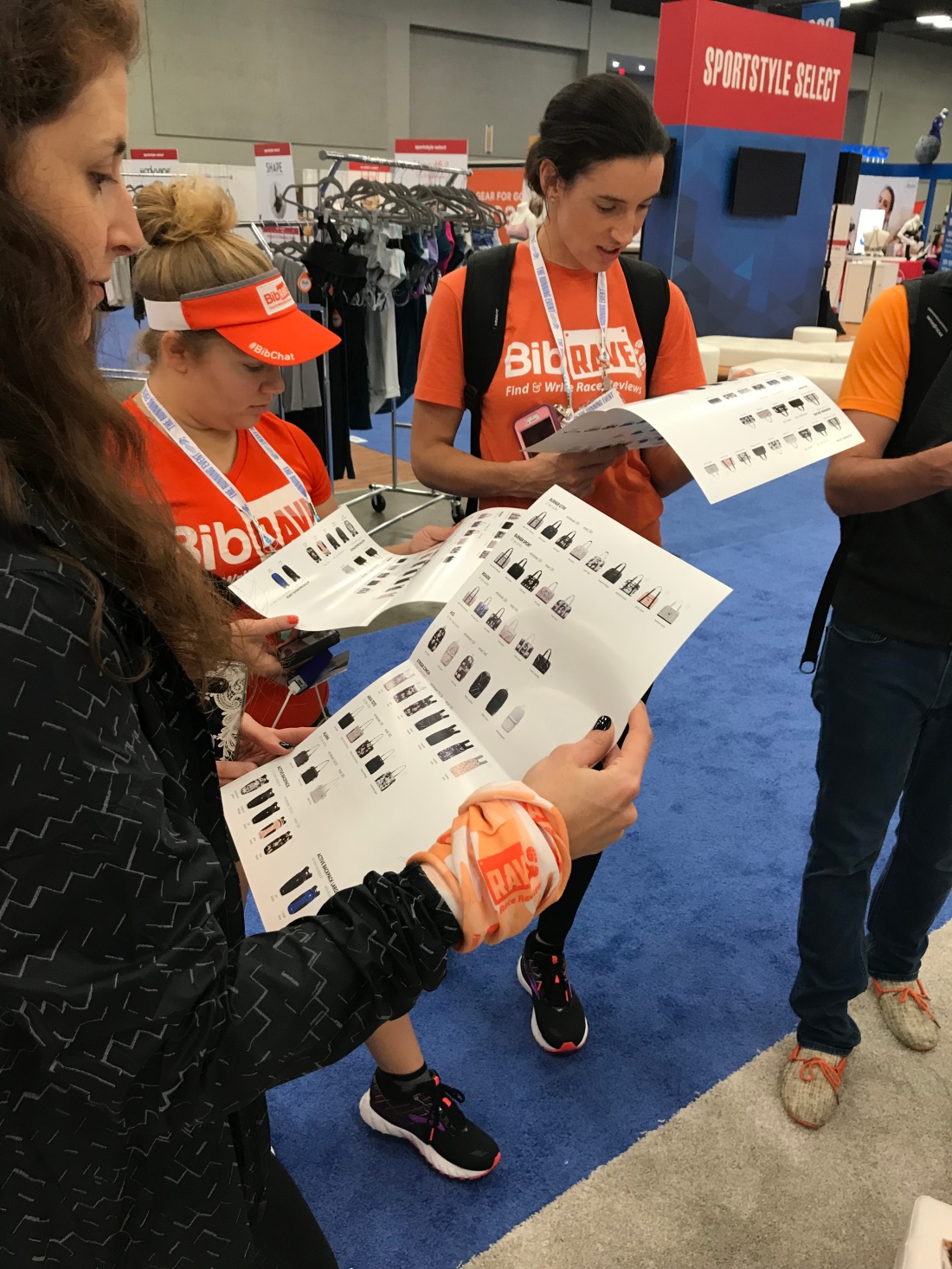 The bags that all I swag was in, was a Vooray bag so we were all excited to visit their booth. Vooray makes high quality bags at not so high prices. Matter of fact, the rep informed us that every one of their bags are under $100. If you feel the quality of their bags, I guarantee you wouldn’t believe it was under $100. Bags were made to hold everything from yoga gear to laptops. They showed us some new bags that due to debut in the Spring and some of the Pros even gave input of some things they thought would help enhance their bags even more, like reflective material. Still fairly new but we were informed that Vooray products are starting to be sold everywhere. I was even surprised to hear that a couple stores in my city would be carrying them soon. Before we left, the rep gave everyone Vooray hip pouches.

Our trip to the Addaday booth was nothing short of relaxing. Although addaday is known for making exercising and massaging equipment, the representative unveiled that they are now making runners tea. Their tea packages contain whole tea leaves and each package can make up to 5 cups of tea. They had several stations set up to try some of their message tools, as well as some tea on hand for us to try. The tea was very good and the stations were trouble. Once you sat down and the massagers started working, you did not want to get up. We probably went over our time a couple a minutes because Pros were enjoying the massages too much. 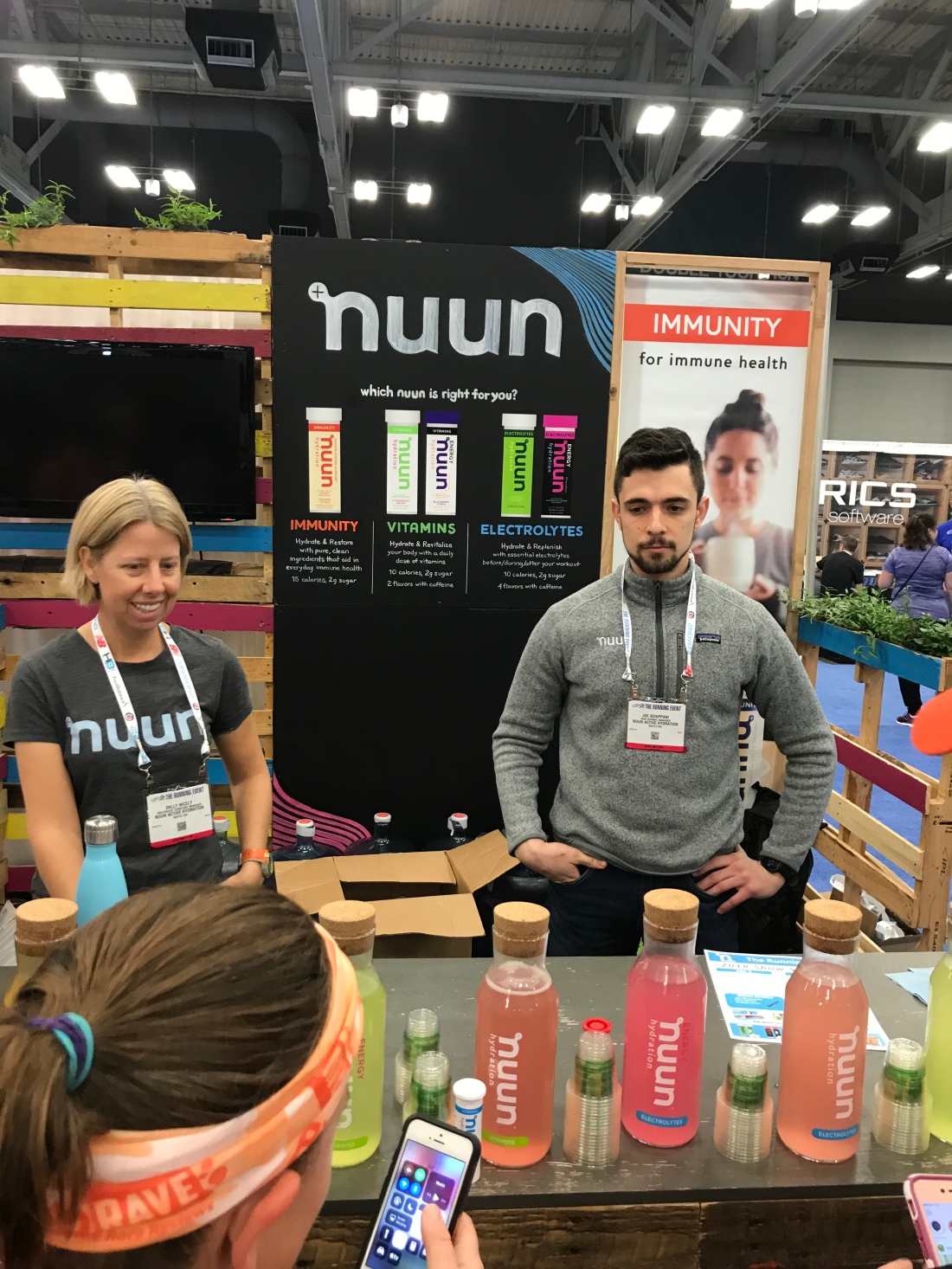 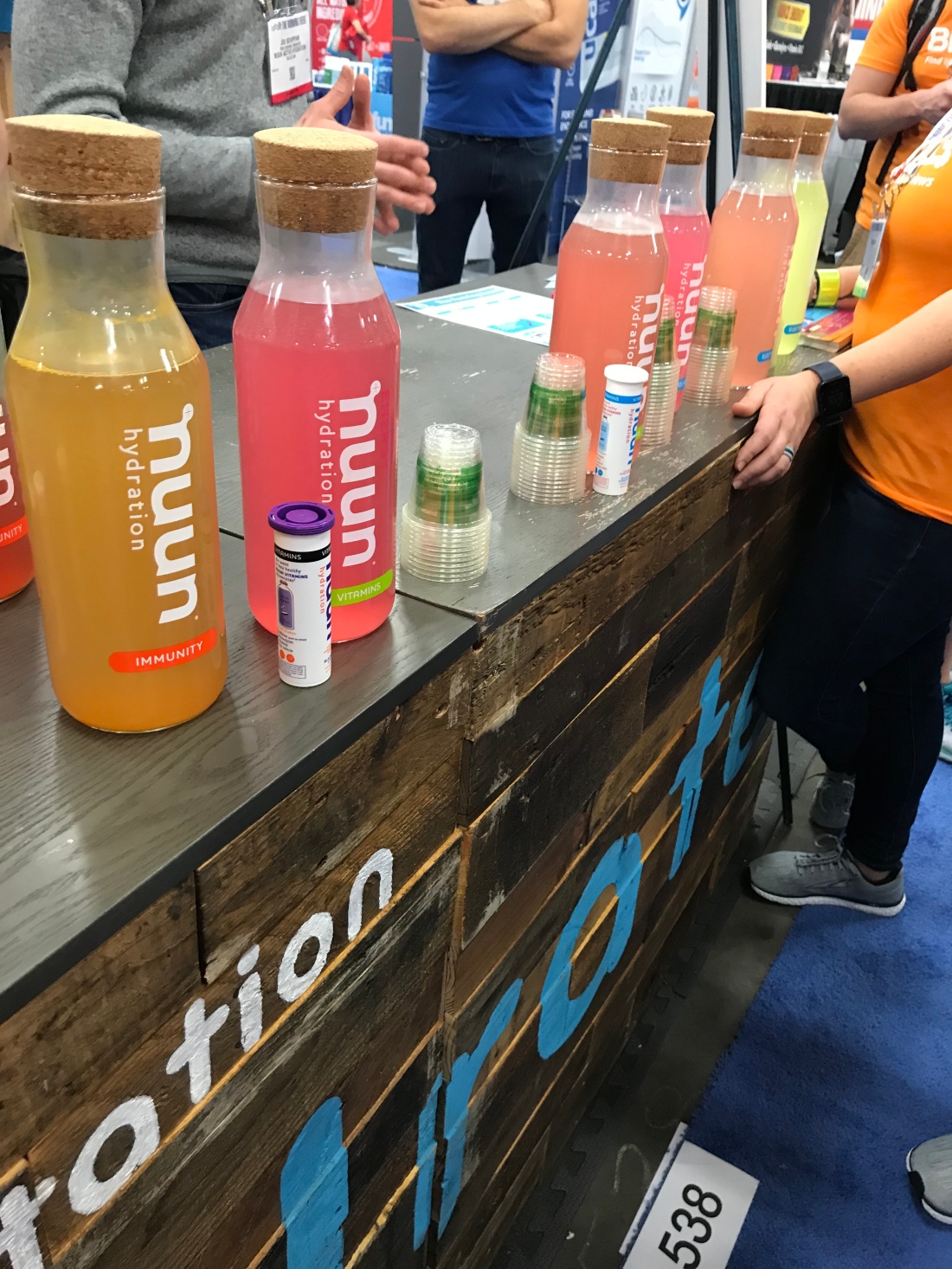 Who doesn’t love Nuun!!!? Nuun is all I take on my runs during training season and it has yet to disappoint. Of course the Nuun booth had tons of samples available for us to try. Their newest product was Nuun Immunity which you can drink cold or HOT. Who knew? The representative let us in on a secret about Nuun, if the Nuun has a color top, that means caffeine has been added. Good information to know since I typically prefer the caffeine added options on my long runs. Before leaving the rep made sure to have us load up our pockets with some single tablet samples they had on-hand. Definitely didn’t have to twist anyone’s arm to do that.

Another new product brand was Incrediwear, which makes anti-inflammatory recovery products. We were given several pairs of socks, as well as tights in our bag. Incrediwear had Olympian Manteo Mitchell on-hand to talk about his experience with the product. If you don’t know who Manteo is, he is the game that broke his leg in the middle of the 4x400m relay during the London 2012 Olympics. He said the products helped his recovery time after that injury and he is a proud spokesperson for them now. He was kind enough to take pictures with everyone who wanted one, as long as they promised they would post them on Instagram. I mean, how many times do you get a chance to meet an Olympian?

If you are a runner, there is a good chance you have heard about CEP products. CEP products are all equipped with graduated compression technology, so the compression decreases as it goes up. We were given recovery socks and compressions in our bag. The representative told us about some exciting new products and new colors in the works. He also told us about how he gets tired of correcting people when they see the “L” on the sleeves, because they think it means left. The “L” stands for large folks. J 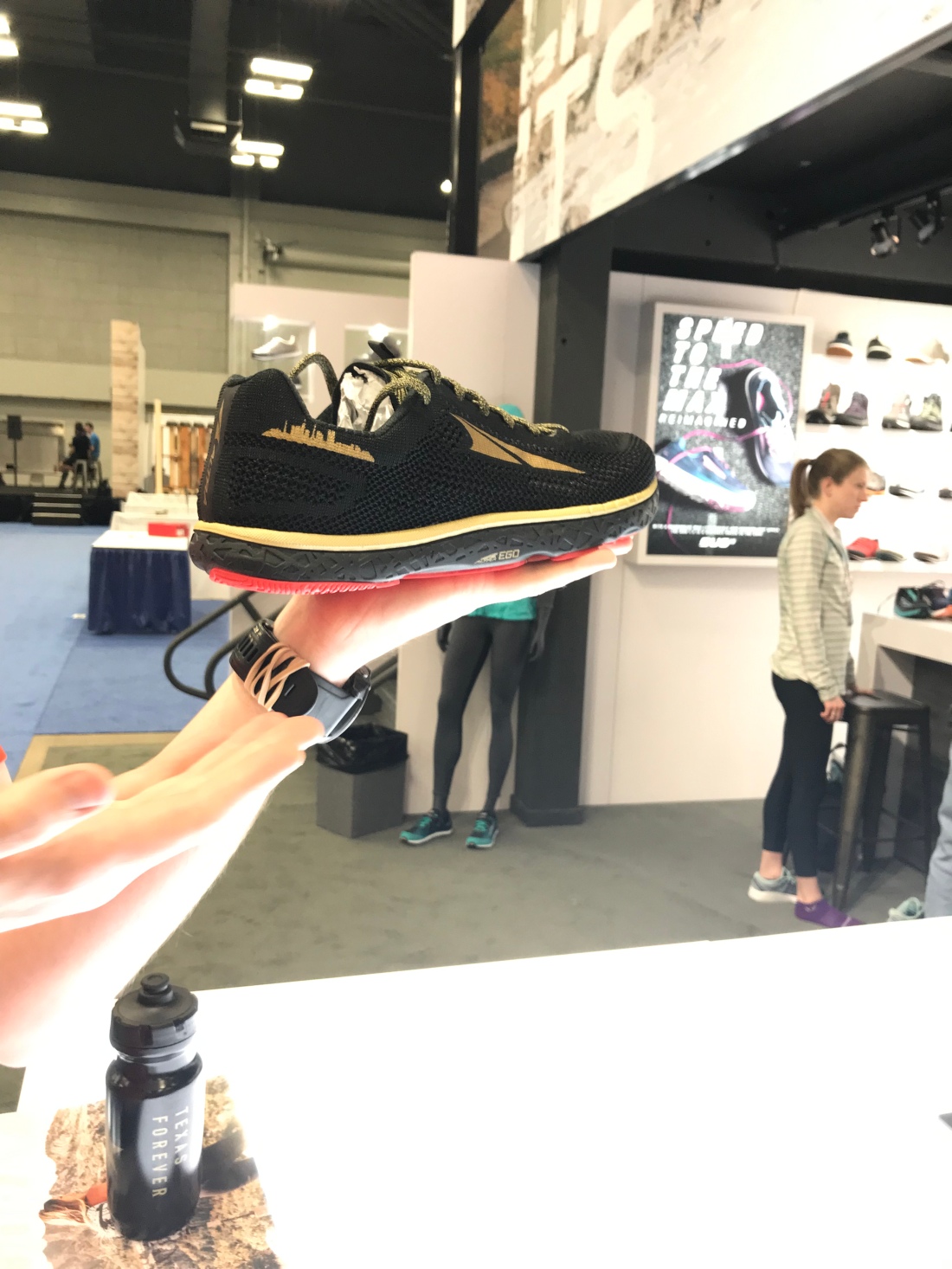 Altra was next, and I can honestly say these representatives were probably the most passionate about their product out of everyone. I personally had never owned a pair of Altra before so I was excited when we were given a pair of the Escalante 1.5 in our bag. I wore them for the first time during our group run early Friday morning before coming to The Running Event. The representatives explained that all Altra shoes how a low to zero drop and also the toe box is made wider than other running shoes. I idea behind the wider toe box, is that if your toes are wider, you have increase stability.  They went through most of the different shoes in their line-up and demonstrated how each differed from the other. We were also given sneak peak of some of the limited edition Altra coming in 2019. They do a limited edition shoe for each of the world majors, and had the Tokyo shoe from 2018 to show us. Looking forward to more test runs in these. 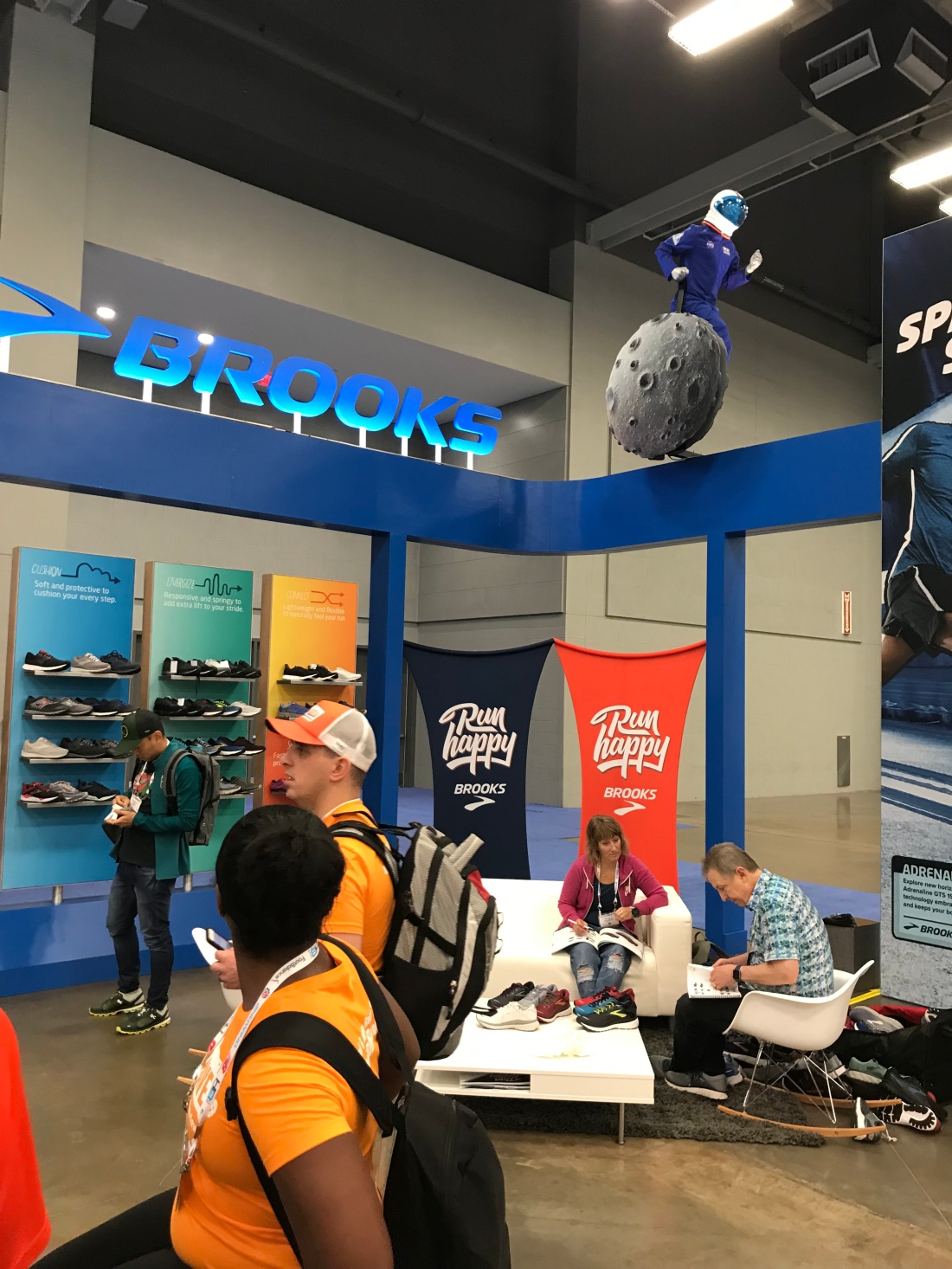 I won’t deny it, Brooks has been my favorite running shoe for years so I was extremely happy when we received a pair of Brooks Ghost 11 in our swag bag. I had been eyeing these shoes but never pulled the trigger to purchase any. Brooks probably had the largest booth setup of any other brand we visited, with a wall displaying all their different models. The representative let us in of the new technology that is being used in Brooks shoes called DNA technology. When the foot strikes the road, the energy transfer back into the feet instead of the opposite, so it provides you will some bounce back for each foot strike. I bought a pair of Leviate 2 earlier in the year so I was familiar with it, and you can def tell the difference when you are running.

Thoughts
In all TRE Influencers Day was nothing short of spectacular. Not only being the first mortals allowed into The Running Event, but to be able to hear straight from the brands and ask questions helped to make the experience unique. Not having to deal with large crowds that you typically find during race expos, made for more intimate question/answer sessions with the brands. Since majority of the brands weren’t selling products, a lot of the brands would give away stuff to us. Free is always good. TRE was an amazing experience and you wouldn’t have to twist my arm to return in 2019. 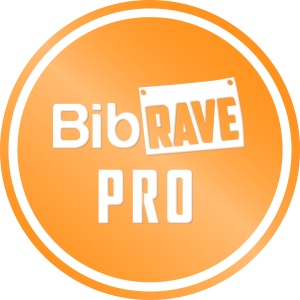