I recall watching this year’s Boston Marathon, and seeing how those runners fought through some of the worst conditions to accomplish their goal. Downpour, plus 30 degree weather, could not have been fun. Fast forward to this past weekend, when I was set to take on Run Sunset Beach half marathon in sunset beach, nc. The whole week leading up to the race, I was watching the radar and each day I saw rain percentage stay between 80-100%. I started to mentally prepare myself for possible rain and hope the rain would hold off until after the race was over. 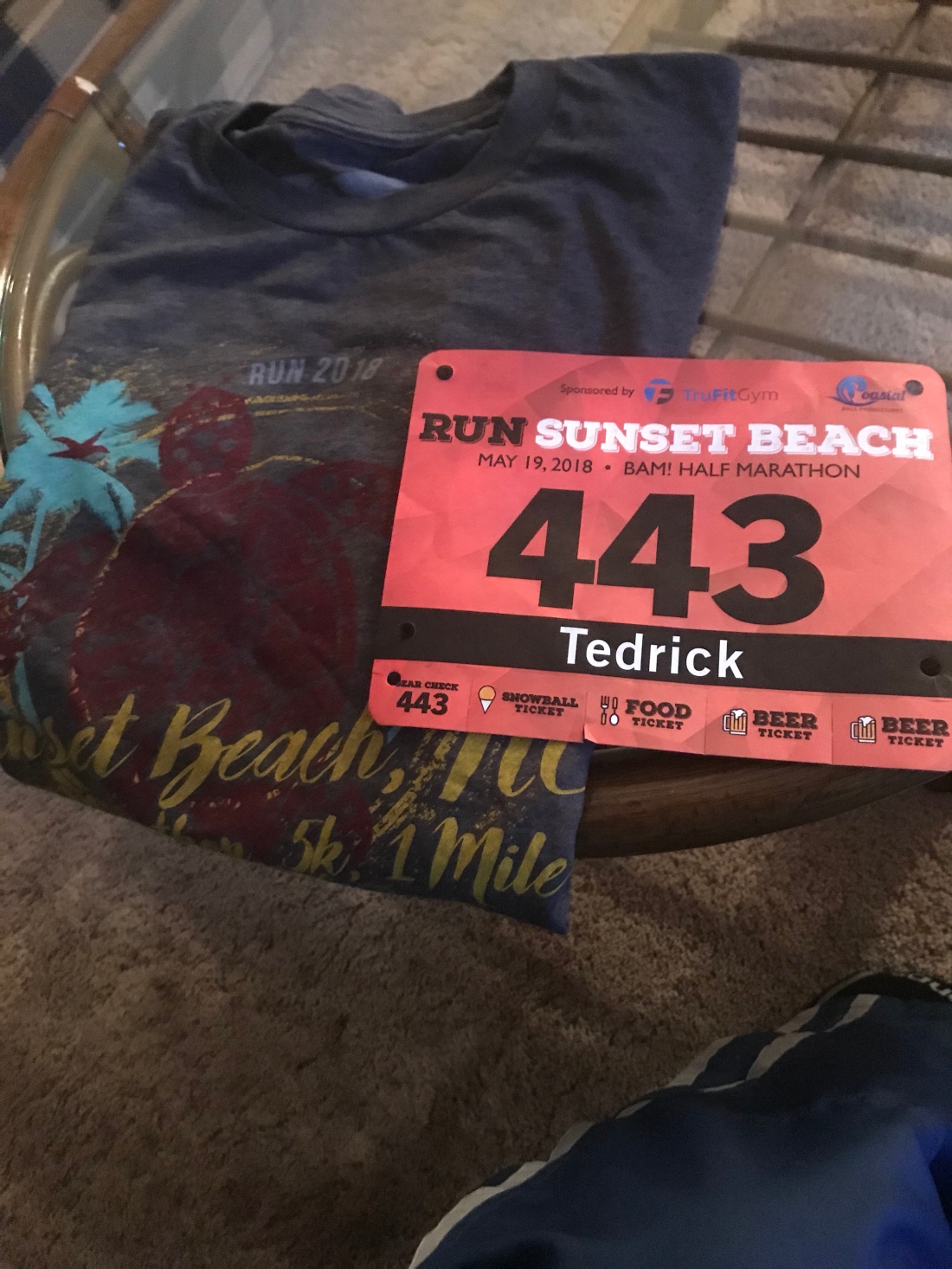 I arrived at the expo Friday and all the runners were talking about was the possible rain the following day for the race. The percentage had changed to 40% but the possibility was still there. The resort we were staying was about 1.5 miles away from the start, so my plan was to walk to start.

This would allow my family to sleep in and not have to worrying about getting up at the crack of dawn to drive to the shuttle pick-up. Race morning I got up, got dressed and started my trek to the start line. I could tell it had rained over night, but there was no rain as I started my walk. By the time I got about half mile in, it began to drizzle and by the time I got to start line, there was a light rain. It was not bad, considering it was still warm(high 60s, low 70s). The race was set to start at 7am, and at 6:30am it was still just a light rain. All the runners were optimistic that the rain would not get any worse……well we were all wrong. As soon as the speaker announced that it was 5 minutes to the gun, the rain showed up.

The gun sounded and off into the rain we went. The rain was steady with big raindrops. The first mile of the race takes you over a large bridge onto the outlet and as we hit the bridge, the rain showed no mercy. It was so hard, that you could barely see in front of you and it was stingy your face as you tried to maintain your pace. I could hear other runners yelling out some choice words as the battled the uphill bridge mixed with the downpour. For the first 6 miles, the rain did not let up at all and we were running through puddles that came up over my shin when stepped in. After the first few miles you get used to being drenched, even though running in soaked socks is not fun. Outside of the rain, the race itself was well organized. There were water stops every 1.5 miles, and even an ice pops stop between miles 10 & 11. I finished the race and finisher’s medal was SWEET!!! The medals for this race series are called BAM(big ass medals) and they earned that title. I finished top 3 in my age group.

Thank you Sunset Beach, next up in the series is Holden Beach.